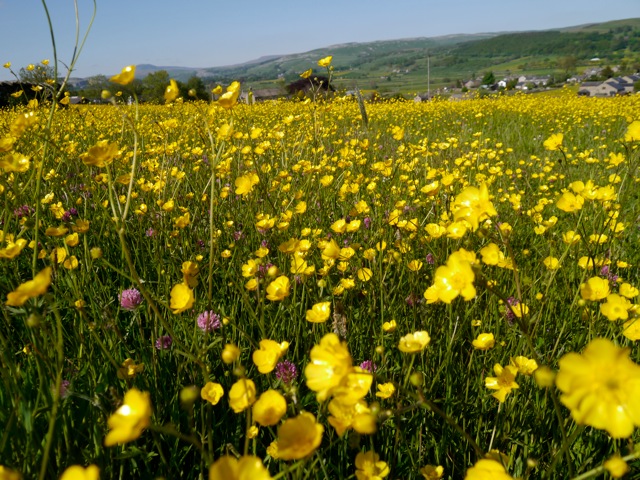 The popular claim is that there are more buttercups in the fields this year than at any time in living memory. This is despite the fact that the traditional hay meadow , of which the buttercup was an integral part, is in decline. In pursuit of higher yields from more productive grassland, farmers are these days using ever increasing amounts of fertilisers and herbicides, which remove the less productive buttercups and other hay meadow wildflowers, and which result in monochrome (green) fields. So where you see a bright yellow field  next to an all green one, you can be sure there two different systems of farming being practised.

But why is the buttercup so rampant in 2013. The answer probably lies in the weather pattern over the past 12 months, or possibly over the past 6 years. As everyone knows, we have had 6 poor summers on the trot, and the last 12 months have been exceptionally wet , certainly the wettest for half a century. Buttercups like damp conditions, and so during last summer, when the sodden fields became poached and pock-marked by grazing livestock, the buttercup took its chance and multiplied rapidly. And it wasn’t the only one – other damp-loving plants like rushes have similarly gained a strong foothold during this series of wet summers. 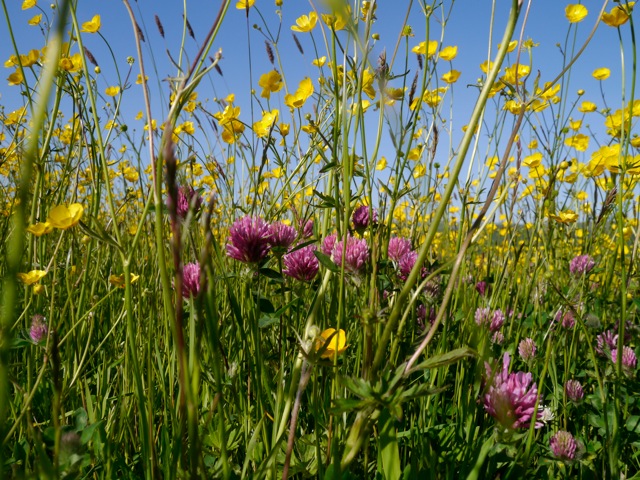 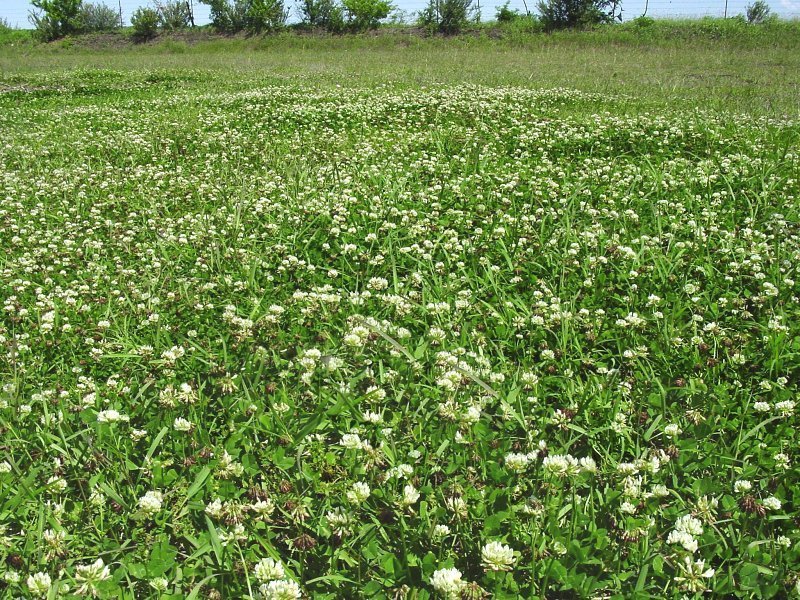 The organic farmer, who may use no artificial fertilisers nor herbicides in his attempts to produce a crop of grass, does however have an ally in clover. This plant is a legume which is able to fix nitrogen from the atmosphere and feed the grass which grows alongside it. But the process is slower, because the clover has to grow up first, and then do its ‘fixing’, before the grass gets fed and starts to grow strongly. And so the organic farmer has to wait, while his neighbours get their crops in, and hoping there will still be some decent weather later on when his crop has grown sufficiently for him to harvest.

This year the process has been slowed down even more by the excessive cover of buttercups which has shaded out the clover growing underneath. The red clover flowers first, but the majority of it is the white clover, which is lower-growing and slower-growing. But it will come, in about a month the buttercups will be forgotten, and many of the fields will have turned white.