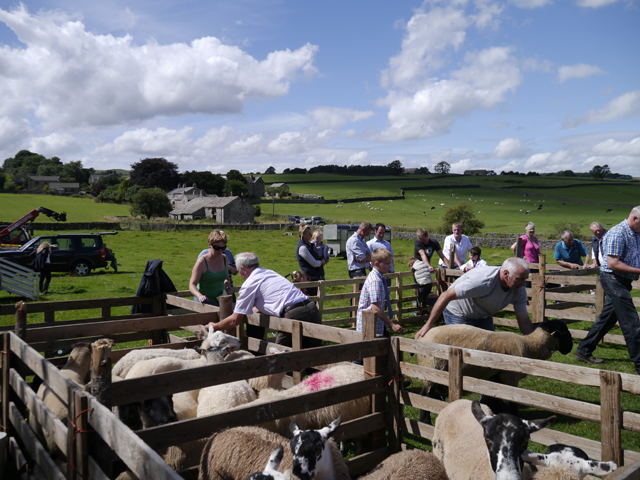 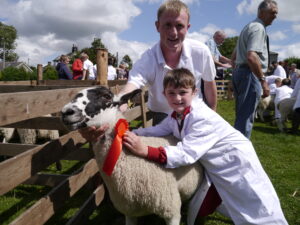 The Rathmell YFC 69th Annual Show was held today Saturday 3 August 2013. The sun continued to shine all day at the show which was much appreciated by the spectators and participants. Held on the field adjacent to the Reading Room by kind permission of Mr and Mrs Weston the sheep judging was well underway when I arrived. The atmosphere was very serious as youngsters pushed and pulled animals nearly as big as they were  into line for the judge, Mr G Taylor to view their best side – the sheep’s, that is. Fathers just as keen to get a prize as were their offspring helped to keep everything moving quickly and 13 classes were dispensed with under an hour. The competitors were professionally dressed in ties and white coats and their sheep were groomed to perfection. I captured Jake Booth and his Dad of Hesley Farm with their first prize Mule/Masham Ewe …… more on the Young Farmers Club Page
← John Harrison’s family say ‘thank you’ to Rathmell residents
Happy Birthday Veronica! →
View Calendar
Loading Comments...