Married at Holy Trinity in 1921 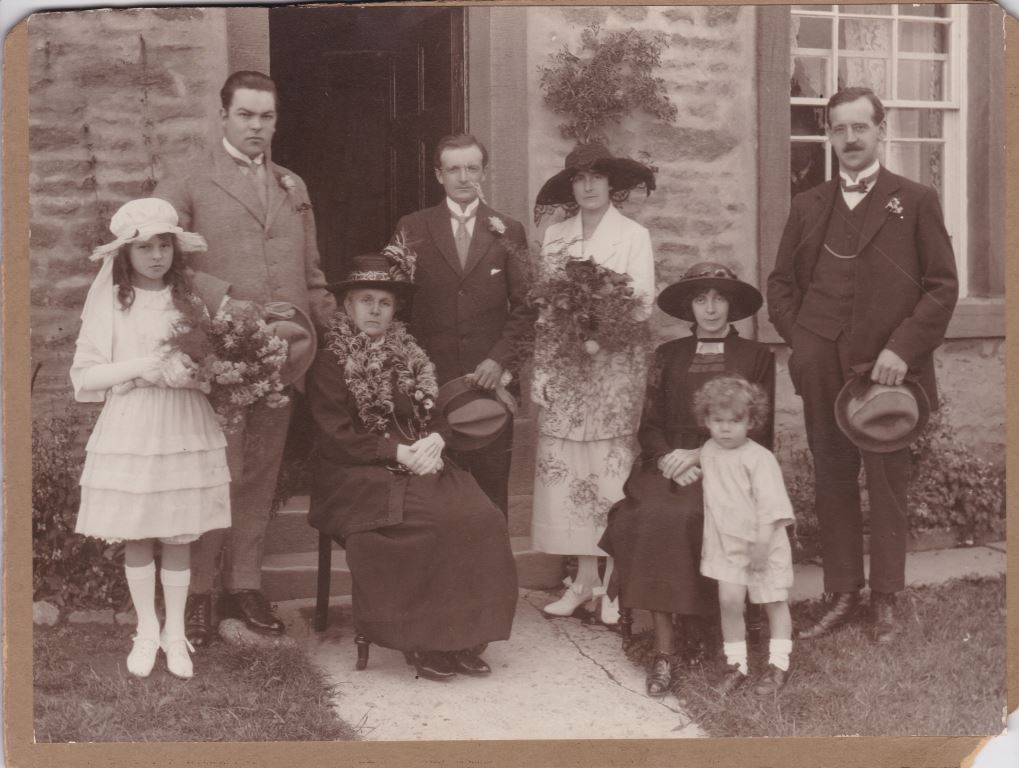 The bride is Phoebe Elizabeth King. She taught at the Rathmell primary school until about 1921, when she was married and emigrated to Australia with her husband John Portner. The bride’s father, Matthew Henry King, owned or managed the Golden Lion Hotel in Horton on Ribblesdale till his death in 1916.
This photo has been sent to us by Max Milne who is the grandson of the bridal couple and who lives in Australia, but will be visiting our area from 30th August to 7th September this year. He would be most interested to hear from anyone who has information about this event in 1921 and in particular identify the building in the wedding photo.